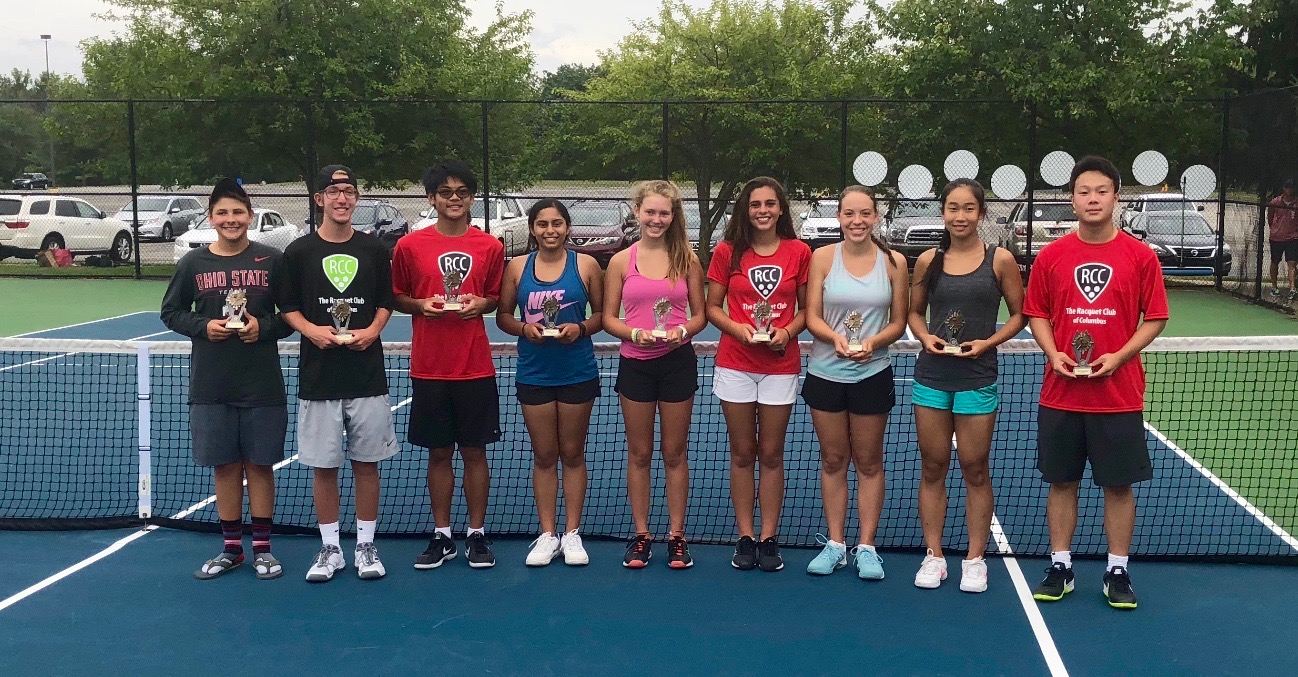 RCC swept the 18s divisions at the JTT Midwest Championships. RCC1 won the 18s Int, qualifying for the National Championships in November at the USTA National Campus in Florida. They defeated Fast and Furious Forehands from Indiana in the final 35-26.  They had a close match with Team Columbus in their flight, with a clutch win from Jack and Noah in mixed, and went on to beat Paramount to advance to the finals, with big singles wins from Evelyn and Will.