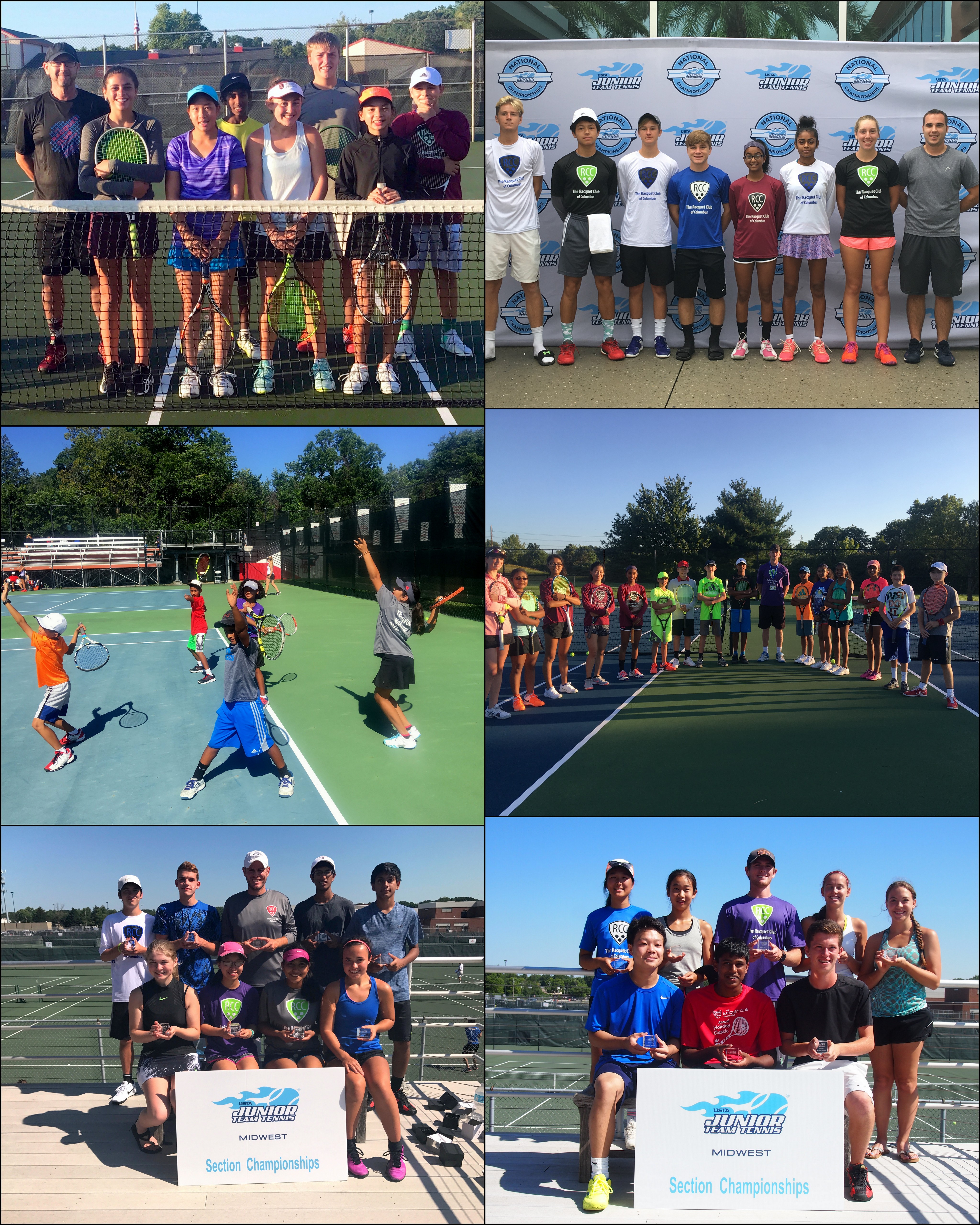 The USTA Junior Team Tennis season starts soon.  Teams are being formed now. The 1st matches are on Friday June 1st. Matches are on Fridays and generally start between 10:00 AM and 2:00 PM. Matches include boys and girls singles, boys and girls doubles, and mixed doubles.  Players must play in at least 2 local matches to be eligible for the District and Midwest tournament…. 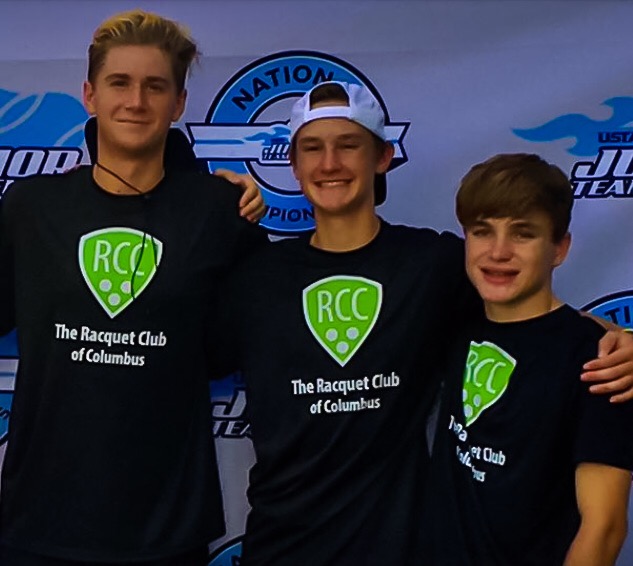 Congratulations to Stu Brdicka, Jordan Phelps and Colten Clark for signing to play at Ashland University.  Ashland article Stu is a senior at Olentangy High School.  He has a sister Brianna who plays at Ashland also, and a sister Megan who played at Wright State.  Stu qualified for the State Tournament in doubles as a sophomore and in singles as a junior.  Stu played on… 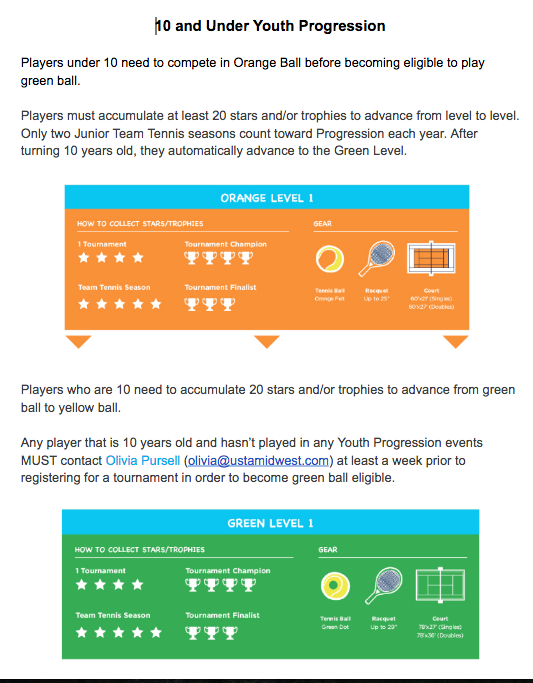 10 and Under Youth Progression

10 and Under Youth Progression 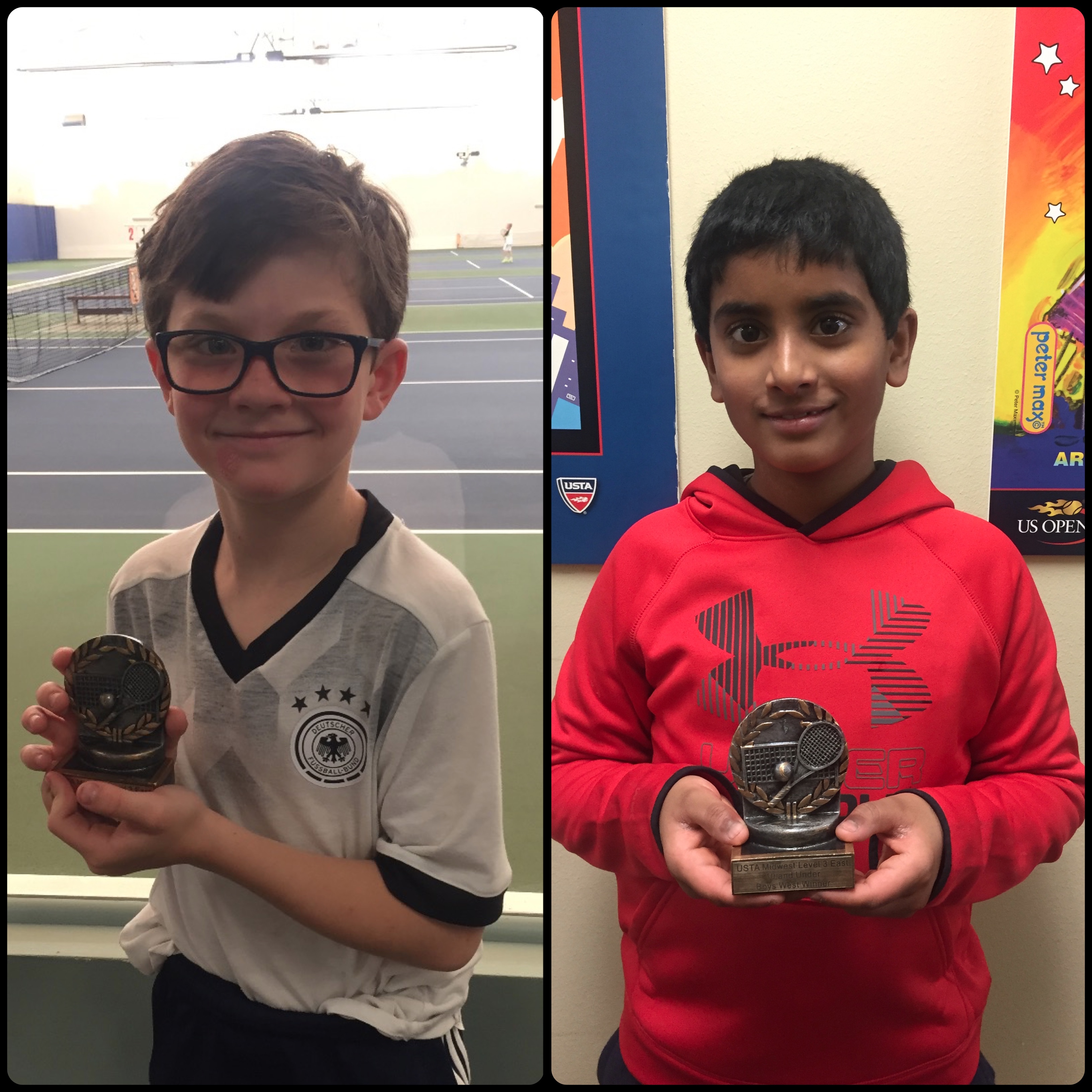 Congratulations to Henry Lessard and Nikhil Bhimireddy for getting hardware at the Midwest Level 3 East Championships (Boys 10s) in Toledo last weekend. Henry went 3 sets with the 1 seed and champion, then went on to win the North Consolation Draw. Nikhil also went 3 and 1 and won the West Consolation Draw. 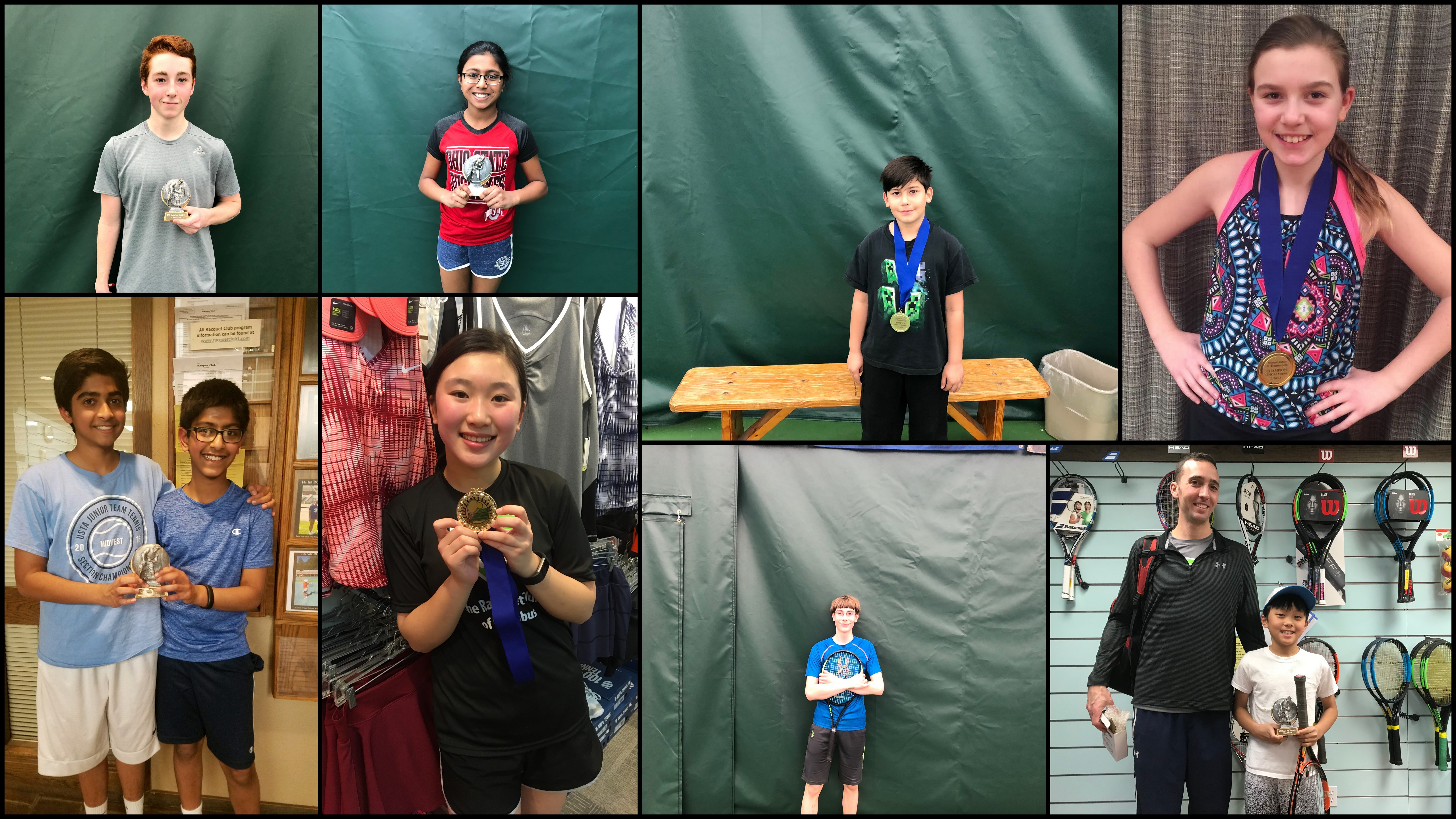 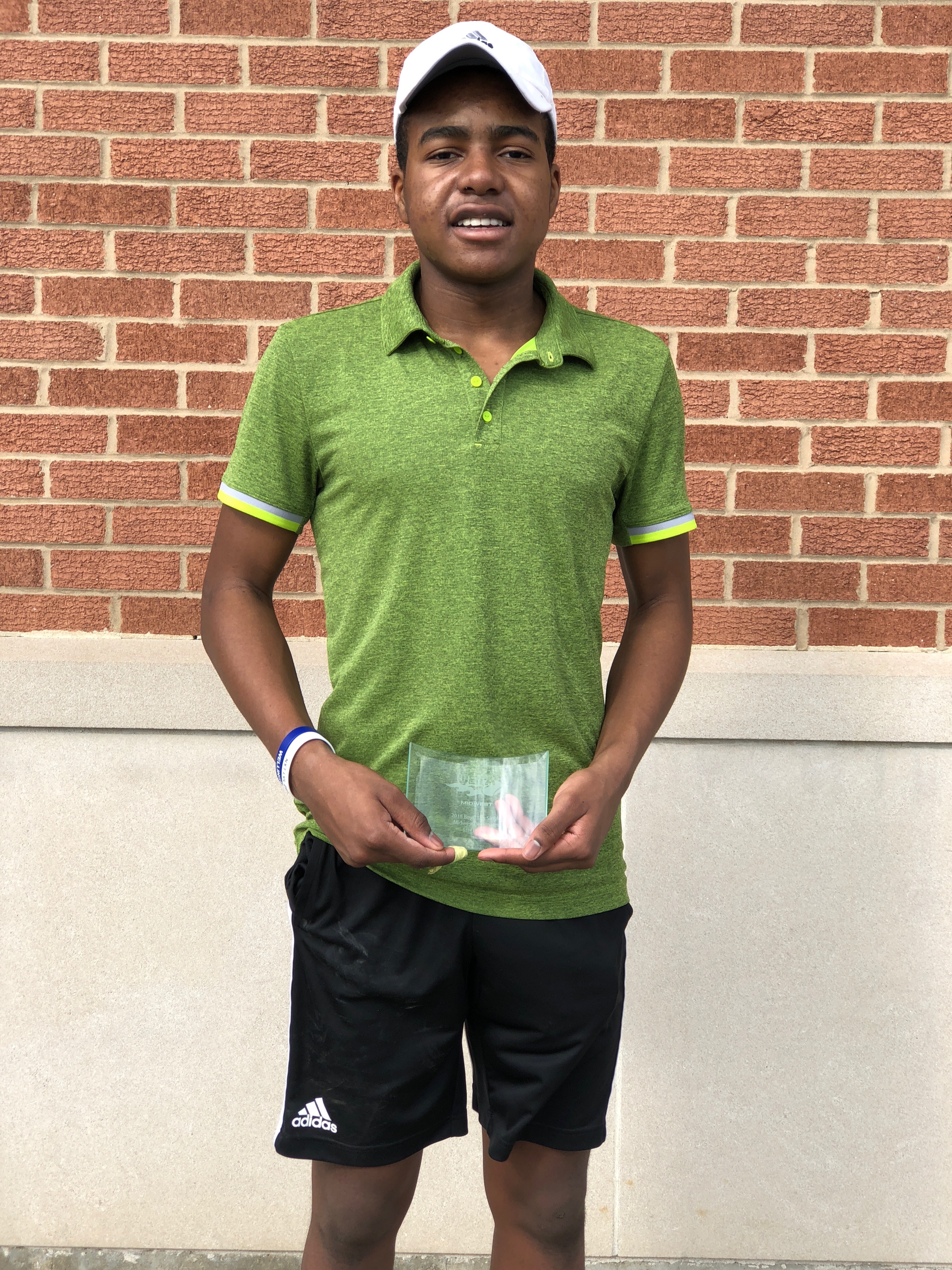 Congratulations to Trevor Ball for winning the Sportsmanship award at the USTA Boys 16s Midwest Level 2 last weekend in Cincinnati. He lost 7-5 7-5 to the 1st seed in the quarterfinals and then reached the Consolation Finals. 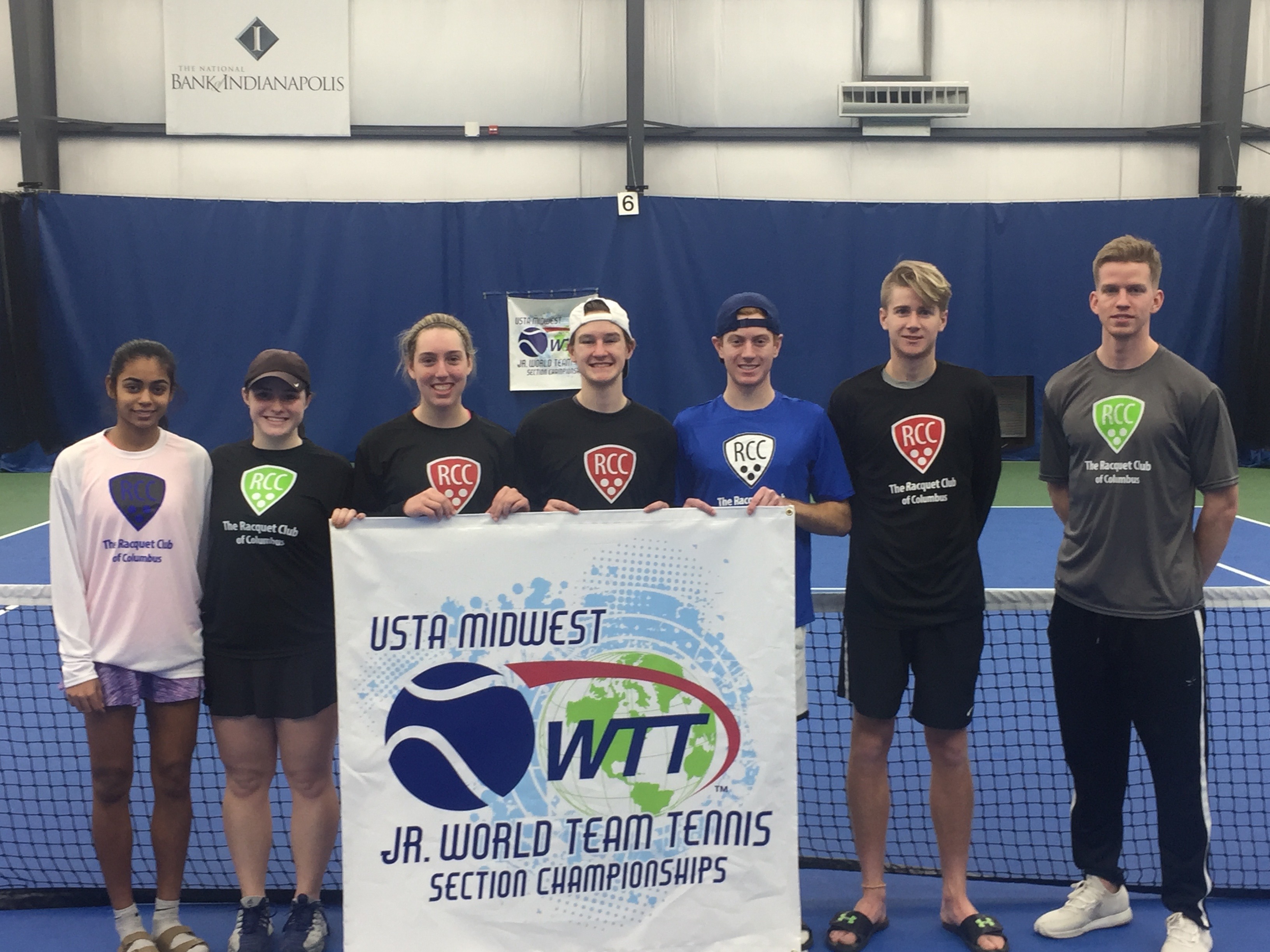 RCC won the Midwest Junior World Team Tennis Championships last weekend for the 3rd straight year.  The team included Connor Biernat, Jordan Phelps, Stu Brdicka, Kathleen Jones, Paige Kompa and Lalassa Nagireddy, and was coached by Zack Schwenning. They defeated Central Indiana, Northwest Ohio and 2 teams from Wisconsin.  In the 2nd match against Wisconsin, Connor came back from 0-4 down in singles to force… 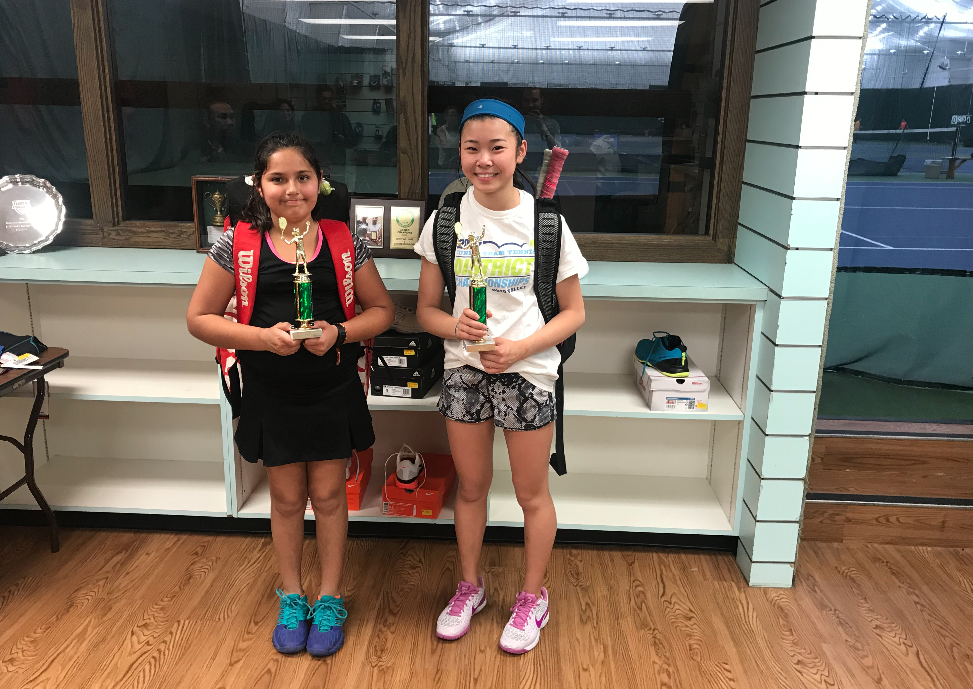 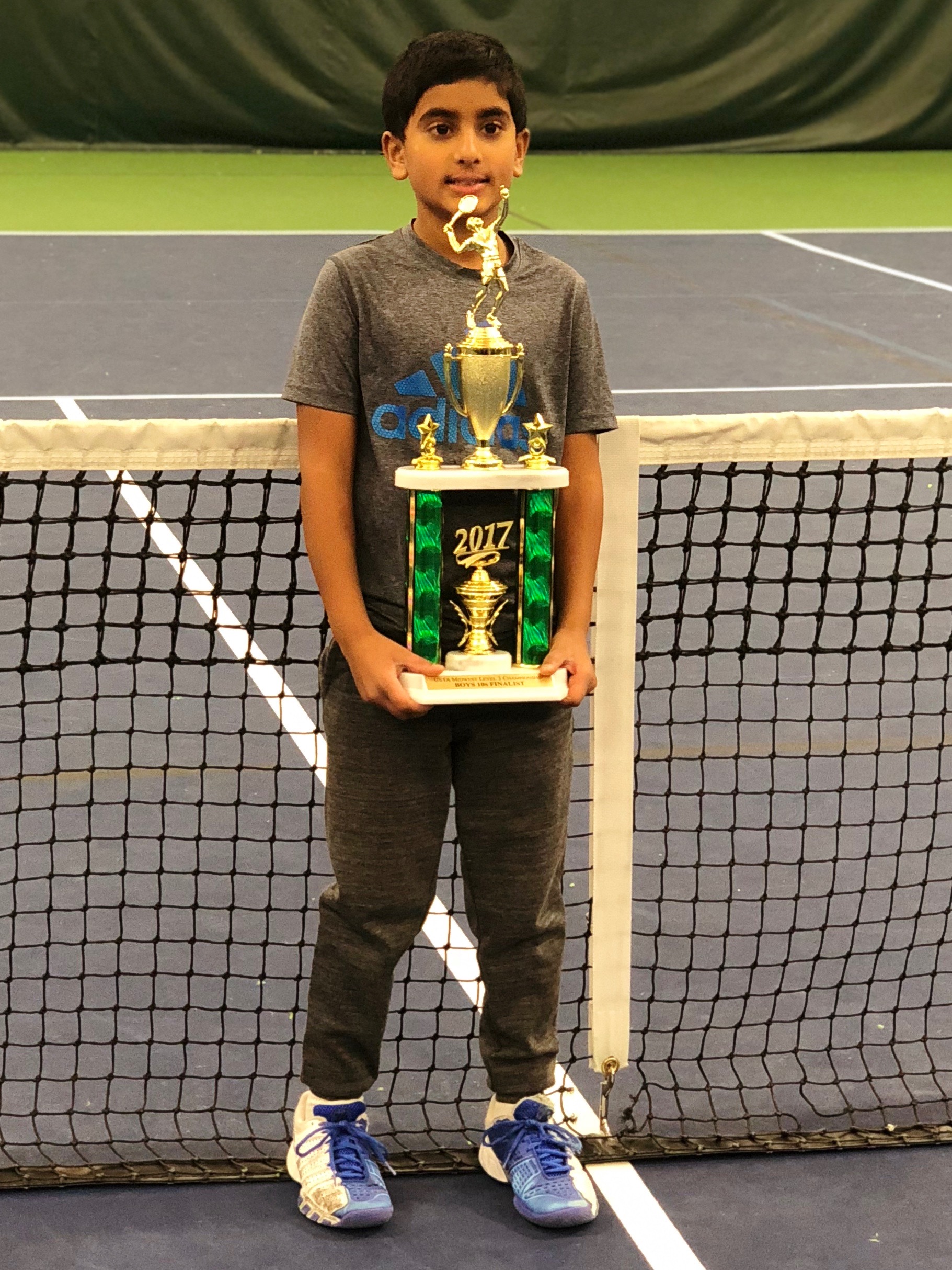 Congratulations to Nikhil Bhimireddy, who was a Finalist at the Boys 10s Midwest Level 3 in December at Scarborough.